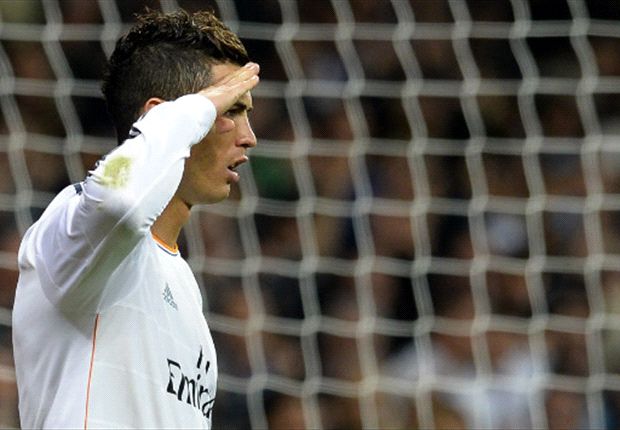 Real Madrid defender Alvaro Arbeloa has hit out at Fifa president Sepp Blatter in the wake of his comments about Cristiano Ronaldo.The 77-year-old joked last week at an event at Oxford Union that the Portugal international "is a commander on the field of play" and spends "more time at the hairdressers" when comparing the Madrid star to Barcelona attacker Lionel Messi, prompting the Santiago Bernabeu side to demand an apology.Blatter has since acknowledged his comments were inappropriate, but the issue seems unresolved as Ronaldo added fuel to the fire on Wednesday when he mocked the Swiss by celebrating his first goal against Sevilla by saluting like a commander."You have to have a little more respect when you have a position like Blatter has. Everybody’s noticed the things he’s said in public and hearing what he says in private attracts attention," Arbeloa was quoted as saying on the official Madrid website."I don’t know if Blatter's recent comments explain a lot of things, but it can explain some. They’re things that nobody understands."Cristiano’s a point of reference in the world of football. Whoever likes football has to like Cristiano Ronaldo."He’s got to where he is because of his valour and personality. It’s extra motivation for him."Ronaldo played a key role in Madrid's 7-3 win over Sevilla on Wednesday as he netted a hat-trick to make it 11 goals in as many La Liga games this term.
Source: http://www.goal.com/en/
Tags:
Share