Carlo Ancelotti's team lifted the trophy for a 19th time back in April when they defeated Barcelona 2-1 at Mestalla last April, thanks to a stunning individual winner from Gareth Bale.

They have their work cut out if they are to stay on course for this season's showpiece, however, after going down 2-0 in the first leg of their last-16 tie last Wednesday.

A Raul Garcia penalty and a further strike from Jose Gimenez gave Atletico a significant advantage heading into this week's return leg at the Santiago Bernabeu.

Ancelotti left Cristiano Ronaldo on the bench for the opening hour of the first game, but the Italian has since promised to field a full-strength XI when the sides meet again. 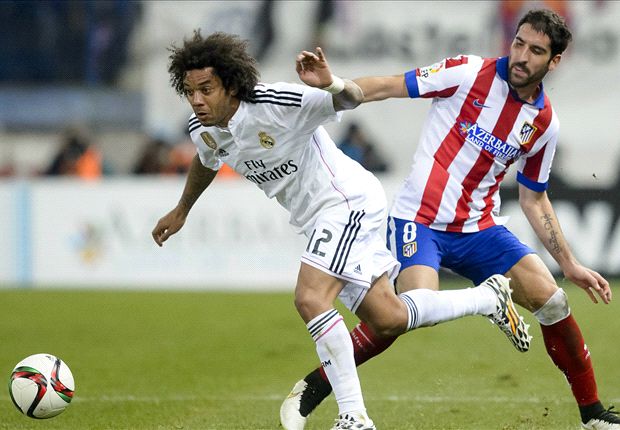 That suggests newly crowned Ballon d'Or winner Ronaldo will return to the starting line-up with Real needing a big victory to progress to the quarter-finals, where they will likely face Barca - who hold a 5-0 lead from their first leg with Elche.

After going down to Atletico last week, Real bounced back with a 3-0 win over Espanyol in La Liga on Saturday and a repeat scoreline on Thursday would suit Ancelotti's men perfectly.

By contrast, reigning champions Atletico suffered disappointment in the league at the weekend as they went down 3-1 at Barca.

That result leaves Diego Simeone's side third in the table, three points behind Barca and four adrift of Real, who have played a game fewer than both of their title rivals.